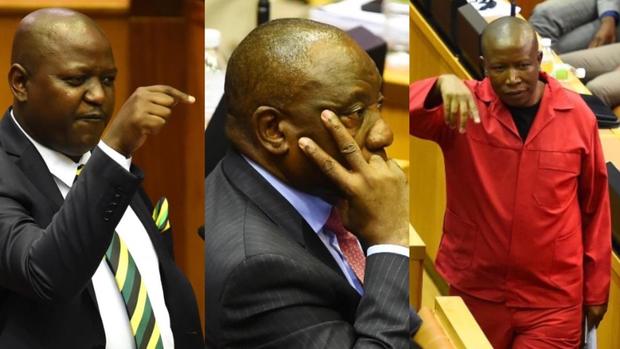 Tuesday 18 February 2020 will and should go down as one of the most shameful days in the history of parliamentary politics in the new South Africa.

In what was supposed to be a debate of President Cyril Ramaphosa’s State of the Nation Address, South Africans were subjected to mudslinging match between adult men who trivialised and used women abuse and gender-based violence as a political weapon to shame eachother.

Accusations and counter accusations by members of the ruling African National Congress (ANC) and opposition Economic Freedom Fighters (EFF) respectively went flying about, with the name of the President and his late former wife being mentioned.

In a country beset by problems of rape, abuse and murder of women every day, it is despicable that lawmakers – the very people we expect to save the country from this malaise – saw it fit to further insult and abuse women with their loose tongues.

Future Kings – a mentorship initiative aimed at training teenage boys to responsible manhood – is completely disappointed that leaders of society, from whom many take inspiration, could stoop so low and deliver a collective insult to all women of South Africa.

What the nation observed is completely vile, harmful and shameful. All these politicians guilty of these acts and those that were cheering them on, must apologise to every South African, but most importantly to all women especially those that at some point or another have fallen victim to women abuse and gender-based violence.

There is no honour in stripping the dignity of women for political gain. Women abuse is not a joke. Gender-based violence is eating the soul of South Africa. Our politicians should do better.