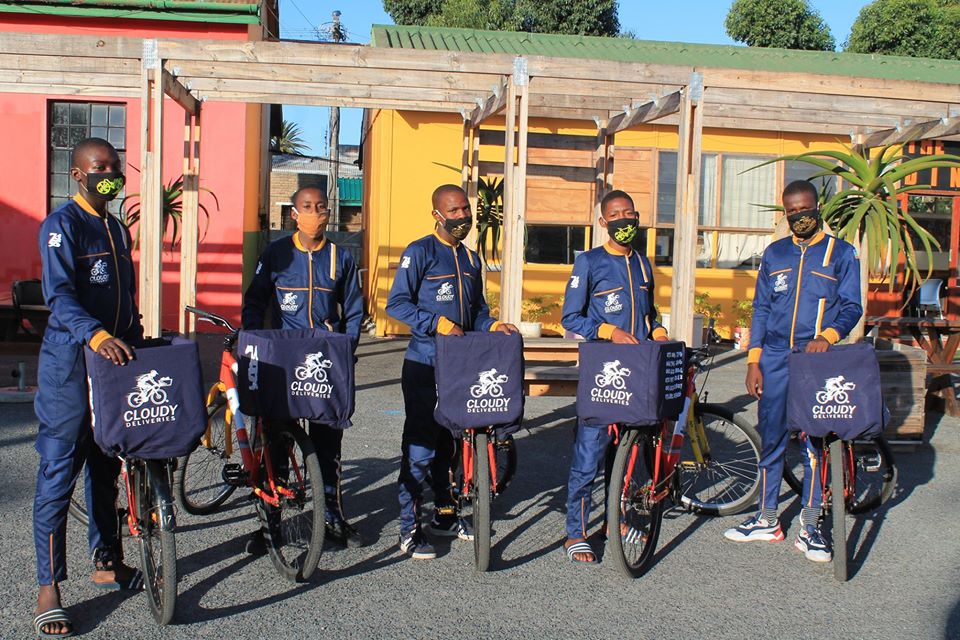 Cloudy Deliveries is a team of 12 teenage boys, aged 14 to 19, who use bicycles to serve their community during the lockdown with delivering medicine, food and groceries to residents’ doorsteps.

The boys’ company was started to help the elderly who can’t afford to stand in long queues and they also collect medicines for sick people from the clinic in Langa township.

#LETSGOFIFTY50 seeks to ask members of the public to match Future Kings’ initial donation of R21 000 towards buying PPEs for the 12 boys who make up Cloudy Deliveries.

Earlier this year Future Kings received a R21 000 donation from Rotary International which was going to be used for a mentorship camp for boys, which was subsequently postponed because of the outbreak of the Corona virus.

When we read the story of Cloudy Deliveries in the media, we were moved and knew then that this is a cause with supporting because these young men represent our core value of service.

Future Kings – an initiative of the Rams Mabote Foundation aimed at mentoring teenage boys and prepare them for responsible manhood – then applied to Rotary to divert the funding to Cloudy Deliveries.

All we are asking is for every caring person to play their part and donate minimum R50 towards this cause of the young entrepreneurs and change agents. We obviously hope that the majority of people will go beyond R50 to support young people.